Please note: I’ve received the rights back for this book. At this time, it has not been re-released for sale.

Book 2 of the SBG Series. When her secretly filmed tryst shows up on the internet, Michelle Alger goes on the run. She has no choice. Not only was her one-night stand the son of a US senator, but he’s been murdered—and she’s the number one suspect. With both the senator and an avenging drug lord on her trail, her life is in danger. There’s only man she can trust. He saved her once, but will he still be her hero six years later?

Captain Jeremy Malone and the rest of Delta Squad have the senator’s order: find the mystery woman who killed my son. But to Jeremy, she’s no mystery. Six years ago his team of Green Berets rescued her from the torturous clutches of a Colombian cartel, and he’s never forgotten her. His personal and covert mission: find Michelle before anyone else. When he and Michelle do meet again, the sparks are explosive and consuming. They’re also dangerous as hell.

Because with each new bit of evidence, Jeremy suspects that Michelle’s innocence may be a ruse—a beautiful trap set by a woman who has even more secrets yet to bare.

“P.A. DePaul dazzles me again in the second installment of her SBG series!” “Buckle your seatbelts folks, because you’re in for a wild ride!” “it was a great read full of suspense, a little intrigue…and did I mention Cappy taking his shirt off? *dreamy sigh*” ~Ever After Book Reviews

“This book blew me away! The setting, plot, and characters are all unique.” ” I am so hooked on this series. The writing is realistic and engrossing. The action keeps me on the edge, just waiting to see where it is going to lead me next. Even serious moments that are made hilarious and you can not help but laugh. This series is a must read, you will not be disappointed. I highly recommend this book.” ~The Book Quarry 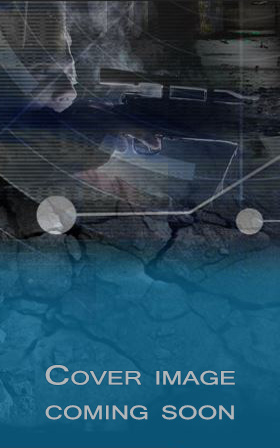